Hopsworks 3.0 is here. In previous blog posts we introduced the Python-Centric approach of Hopsworks 3.0 as well as our new serverless platform. In this blog post, we are going to do a deep dive into how the Hopsworks feature store APIs work and the design choices behind them. In particular we are going to focus on the steps it takes to go from a Pandas DataFrame to features used by models for both training and inference. The Hopsworks feature store APIs can be broken down into: (1) the write API, represented by the feature groups, and (2) the read APIs represented by the feature views.

At Hopsworks, we pioneered the DataFrames approach and our APIs reflect that. There are a couple of reasons behind this choice.

Hopsworks feature store is agnostic to the feature engineering step. You can run the process on different environments: from Colab to Snowflake, from Databricks to SageMaker and, on Hopsworks itself. The only requirement for developers  is to use the HSFS (HopsworkS Feature Store) library to interact with Hopsworks

At the end of your feature pipelines, when you  have the final DataFrame, you  can register it with Hopsworks using the HSFS API. Features in Hopsworks are registered as a table of features,  called a feature group.

Before ingesting the engineered features you need to create a feature group and define its metadata. An example of feature group definition is the following:

In the example above we define a feature group called transactions. It has a version (read about on our approach to versioning), a description, a primary key, partition key and an event time. The primary_key is required if we (1) want to be able to join the features in this feature group with features in other feature groups, and (2) for retrieval of precomputed features from the online store. The partition_key is used to enable efficient appends to storage and efficient querying of large volumes of feature data, reducing the amount of data read in pruned queries. The event_time specifies the column in our feature group containing the timestamp for the row update (when the event happened in the real-world), enabling features to be able to correctly be joined together without data leakage. The online_enabled attribute defines whether the feature group will be available online for real time serving or not.

As you can see, we have not defined the full schema of the feature group. That's because the information about the feature names and their data types are inferred from the Pandas DataFrame when writing.

To write the features to Hopsworks, users need to call fg.insert(df), where df is the Pandas DataFrame. At this stage the platform takes over and starts creating all the necessary feature metadata and scaffolding. As mentioned above, you can but you don't have to, explicitly specify the schema of the feature group. If you don’t, the feature names and data types are mapped based on the columns of the Pandas DataFrame (read more on data types and mapping).

In Hopsworks 3.0, we introduced first class support for Great Expectations for validation of feature data. Developers have the option of registering a Great Expectation suite to a feature group. In this case, before sending the Pandas DataFrame to Hopsworks for writing, the feature store APIs transparently invoke the Great Expectations library and validate the DataFrame. If it complies with the expectations, the write pipeline proceeds and the data is written into the feature store. If the DataFrame doesn't comply with the expectation suite, an alert can be sent to a configured channel (e.g., Slack or Email). Alert channels are securely defined in Hopsworks.

The write pipeline involves the Pandas DataFrame being serialized as Avro and securely written to a Kafka topic. The APIs also take care of serializing complex features like embeddings in such a way that they can be stored correctly.

Finally after the data has been written in the offline feature store, its statistics are updated. For each feature group, by default, Hopsworks transparently  computes descriptive statistics, the distribution, and correlation matrix for features in the feature group. Statistics are then presented in the UI for users to explore and analyze.

What the Hopsworks feature store does on your behalf is to transpile the Pandas-like code into a complex SQL query that implements a point-in-time correct JOIN. As an example, the above snippet gets transpiled into:

The above SQL statement pulls the data from the specified  data sources, e.g. if it is an external  feature group defined over a Snowflake table, the SQL query will fetch the necessary data from Snowflake. The HSFS APIs also infer the joining keys based on the largest matching subset of primary keys of the feature groups being joined. This default behavior can be overridden by data scientists who can provide their own joining conditions.
More importantly though, the query enforces point in time correctness of the data being joined. The APIs will join each event you want to use for training with the most recent feature value before the event occurred (for each feature selected).

As you can see above, the query is quite complex and it would be error prone to write manually. The Hopsworks feature store makes it easy for data scientists to select and correctly join features  using a Pandas-like API - one they are already familiar with.

To create a feature view, you call the create_feature_view() method. You need to provide a name, the version, the query object containing the input features, and a list of features that will be used as a label (target) by your model. The label(s) will not be returned when retrieving data for batch or online scoring.

Let’s look at the implications of only supporting feature transformations before the feature store (as is the case in many well known feature stores). Assume you adopt the OBT (one big table) data modeling approach, and store several years of engineered data in a feature group containing data for all your customers. You might have several models that use the same  features in that feature group. One model might be trained using those rows with data for only US customers, a second  model only uses European customer data, a third model might be trained on the  entire history of the data available in the feature group, while a fourth  model might be trained on only the last year of data. Each model is trained on a different training dataset. And each of these training datasets has different rows, and hence different descriptive statistics (min, max, mean, standard deviation). Many transformation functions are stateful, using descriptive statistics. For example, normalizing a numerical feature uses the mean value for that feature in the training dataset.

By applying the transformations only when using the features, the same set of features can be used by all models - meaning you only need to store your feature data once, and your model transforms the feature on-demand. Transforming features before the feature store is, in general, an anti-pattern that increases cost both in terms of storage but also in terms of the number of feature pipelines that need to be maintained. The only exception to this rule is high value online models where online transformation latency is too high for the use case,  but this is a rare exception to the rule (that is anyway supported in Hopsworks).

As mentioned already,  training data is generated using a feature view. The feature view holds the information on which features are needed and which transformation functions need to be applied.

Training data can be generated on the fly as shown below:

Alternatively, users can launch a Hopsworks job that generates and stores the training data as files in a desired file format (e.g., CSV, TFRecord). This is useful, for instance, when your training data does not fit in a Pandas DataFrame, but your model training pipeline can incrementally load training data from files, as TensorFlow does with its DataSet API for files stored in TFRecord format.

When it comes to put the model into production, there are two classes of prediction services we can build with models:

For Analytical Models, best practice dictates that the inference pipeline should be set up such that the data to be scored is already available in the feature store. What this means in practice is that the new (unseen) data (features) is extracted from the feature groups, transformed and returned as DataFrames or files. A batch scoring program will then load the correct model version and perform inference on the new data, with the predictions stored in some sink (which could be an operational database or even another feature group in Hopsworks) . By setting up the feature pipeline such that the same data is feature-engineered for both training and inference in feature groups, the same inference data can then be used in future iterations of model training when the actual outcomes of the batch inference predictions become known and are stored in the feature store.

To retrieve the batch inference data, you can use the get_batch_data method. You need to provide a time interval for the window of data you need to score. Example:

As always you can get started building great models on Hopsworks by using our serverless deployment. You don't have to connect any cloud account or deploy anything, you can just register on app.hopsworks.ai and start building. 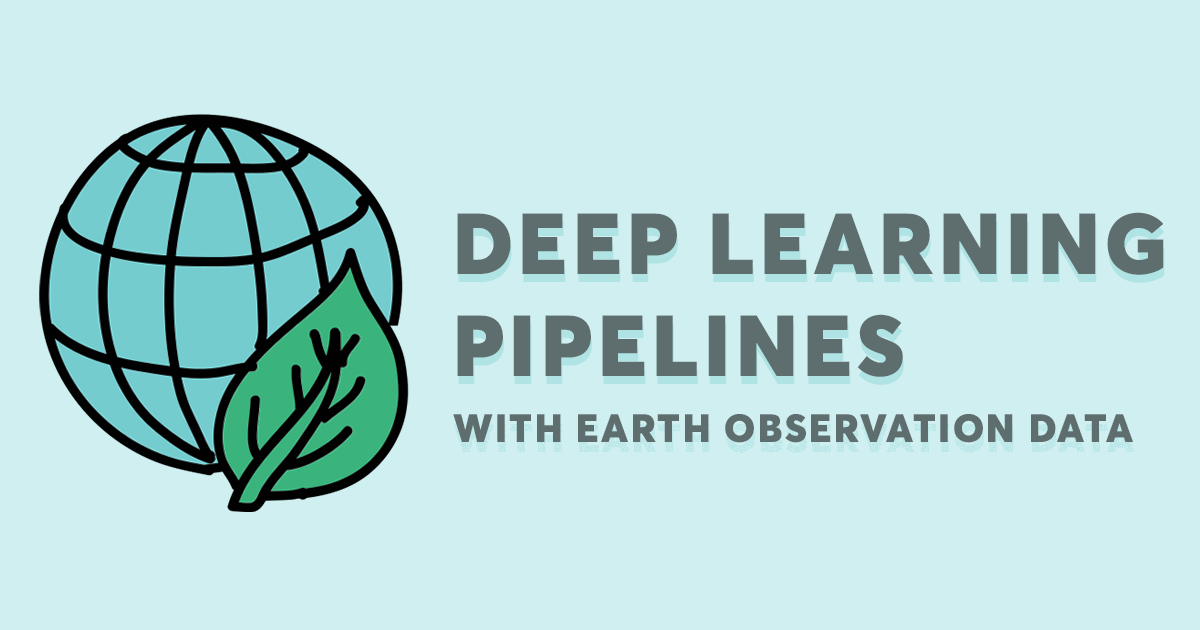 In this blog post we demonstrate how to build such a pipeline with real-world data in order to develop an iceberg classification model. 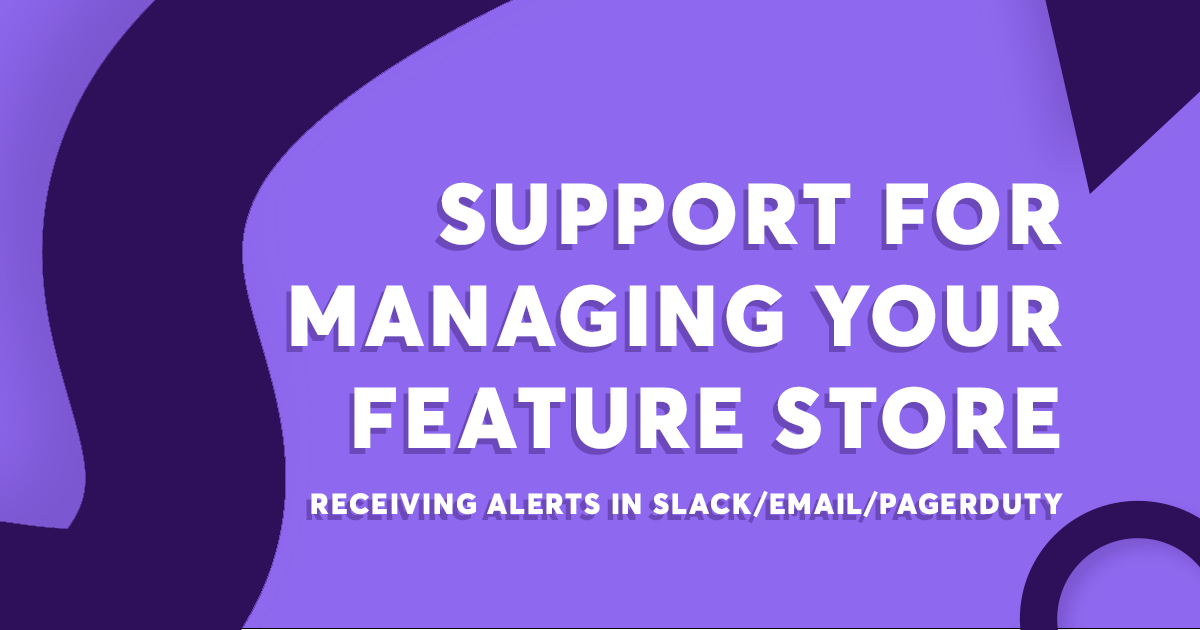 Learn how to set up customized alerts in Hopsworks for different events that are triggered as part of the ingestion pipeline. 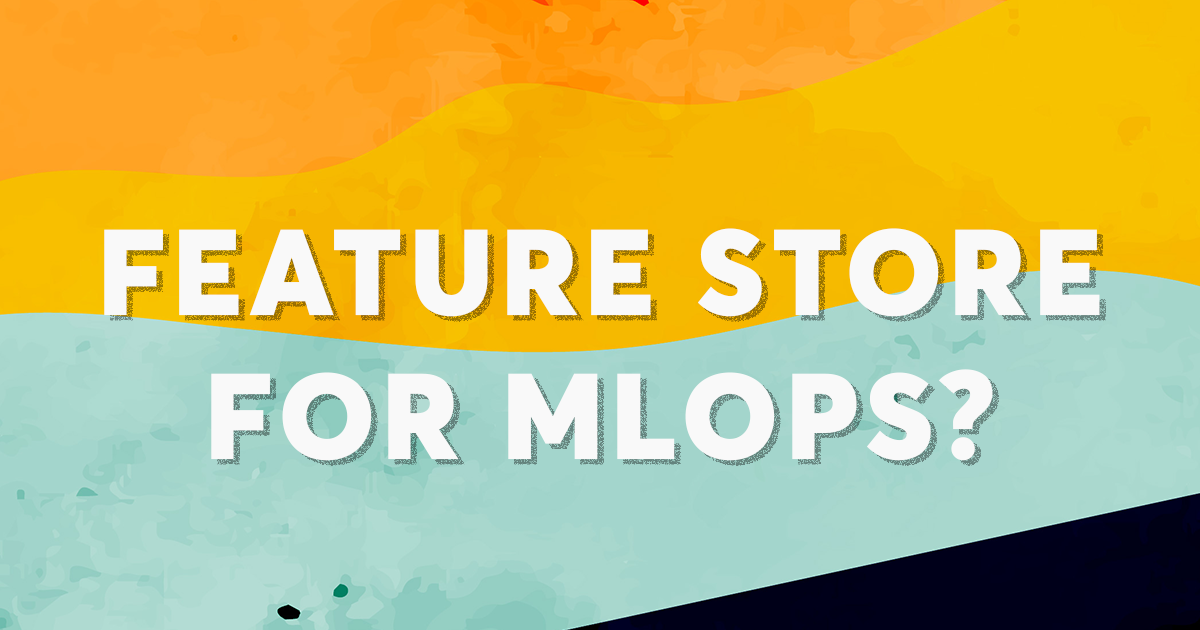 Use JOINs for feature reuse to save on infrastructure and the number of feature pipelines needed to maintain models in production.